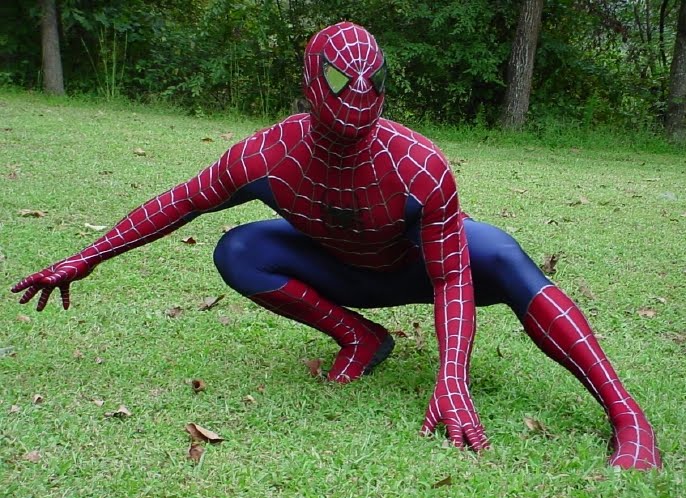 Halloween is that time of the year where both the children and the parents, or adults, get to dress up. Whether that be in their scariest, funniest, weirdest, or favorite costumes, everyone can join in. It’s a time of celebration and of snacking on as many lollies as possible.

So, wouldn’t you want to look your best this Halloween? The favorite costume and the character to go as this year is Spider-man from Homecoming. With both children and adults seeking to dress up as the superhero, you can’t go wrong. Find out more below why you should go dressed and the superhero and where to get your costume.

Who is Spider-man from Homecoming?

Spider-Man: Homecoming is a movie that was released 2017 centering around the American superhero comic book character, Spider-Man. The movie was co-created by production companies Columbia Pictures and Marvel Studios and was circulated for distribution by Sony Pictures Releasing across the world.

Spider-Man is a famous superhero that features in the well-acclaimed American comic books created by powerhouse company, Marvel Comics. Spider-man made his first appearance in the Silver Age of Comic Books, popular amongst Marvel fans.

The story begins with Spiderman’s (Peter Parker)parents being killed in a plane crash. His Aunt May and Uncle Ben adopt him and raise him as their own. As a teenager growing up in a changing world, he deals with the typical battles of growing up and fighting crime.

Spider-man has been depicted in any live action films. The most recent adoption of the superhero is played by Tom Holland in Spider-man Homecoming. Holland is a young and rising actor in Hollywood who represents the majority of teenagers in the modern world. Not only has he brought Spider-man to life on the big screen, but he has brought back his popularity.

Spider-man is just as popular, if not more, than some of the biggest comic book superheroes. These superheroes include Batman, Superman, Iron Man, Captain America, and more. Spider-man Homecoming focuses on the web slinger fighting arch nemeses, Vulture. He also deals with the everyday struggles of liking girls, being a geek at school, and just trying to fit in.

Why Should you Go as Spider-man this Halloween?

Spiderman is the fan favorite in the superhero world at the moment. With the latest movie, Spider-man Homecoming, everyone wants to dress up as the web-slinger. So, why shouldn’t you? Here are a few reasons why you should dress in a spiderman costume for Halloween:

Spider-Man first swung into the hearts of comic book lovers in the 1960’s. Since then, youngsters from all around the world have fallen in love with him and the meaning behind the character. Previously, many young superhumans were considered to be sidekicks. When the Spider-man comics came out, that all changed.

Spider-man was the hero. A lonely, rejected teenager who became a hero was someone the world could relate to. Sure, Spider-man could have easily been a sidekick, but one thing stands out for the web-slinger. He has no mentor like previous sidekicks like Bucky Barnes and Robin. Instead, he has to learn for himself, and grow on his own. This is something young kids can be inspired by.

Throughout the years, Spiderman’s character has grown with its audience and still appeals to all today. From a geeky middle school kid to a freelance photographer and a fighting crime hero, he continues to inspire all. Recently, he is now a part of the Avengers, a superhero team in the Marvel Comics.

Where Can You Buy a Spider-man Homecoming Costume?

Are you convinced that you should dress up as Spider-man for Halloween? He is the top trending costume for 2017. If you do want to dress up as the web-slinger then Spideraholic has you covered. We offer a range of Spider-man costumes to purchase for Halloween. Both in toddlers and kids sizes, We can cater for anything to do with the web-slinger. We have deluxe costumes, muscle costumes, masks, classic costumes, and more.

Check out their most popular products below:

• Spiderman Classic toddler costume which includes the Spider-man jumpsuit and fabric hood. The gloves are not included in this costume.

• Rubie’s Marvel Ultimate Spider-man Classic Costume. Rubies are the world’s leading seller of costumes, décor, and accessories. We bring you all the fun you need for the Halloween. This costume includes a fleece jumpsuits and fabric mask.

• Rubies Costume Marvel Spider-man Delux Fibre Optic Costume, Medium. Officially licensed by Marvel Studios, this is a great Spider-man costume. It includes a fiber-filled jumpsuit and masks so it is nice and light.

• Disguise costumes Spider-man Movie Classic Muscle Costume. This Spiderman costume includes a jumpsuit with muscle torso and arms, as well as a fabric hood. It is made of 100% Polyester. This costume is great for children that are aged between 4-6 years old.

• Child Spider-man Muscle Costume – Quality Edition 7-8. This Spider-man costume delivers the look that all web slingers will love. This costume is great for defending yourself from Spider-mans villains if they are out this Halloween. This costume includes a jumpsuit with a muscle torso and character hood.

• Rubie’s Costume Spider-man Child Costume Plush Eye Mask. You can complete your look with this awesome Spider-man mask. A great accessory for any child or toddler Spider-man costume. Conclusion Spider-man is by far the coolest superhero on the street. This Halloween, the Spider-man costume is the perfect character to dress up as. Whether you are an adult or purchasing for your child, you should become the web-slinger this Halloween.

Swing on into this Halloween looking as awesome as you possibly can by shopping at Spideraholic. All products are of great quality with a range of different sizes for both toddlers and children. We have a range of different Spider-man costumes, from muscle costumes to classic. We even have masks to keep your secret identity safe. Don’t be the sidekick this Halloween, be a superhero like Spider-man.

Dress up in the top trending Halloween Costume for 2018 and get all the lollies you possibly can!

Check out the spiderman costume Here

Congratulations! Your basket has been updated, what would you like to do now?